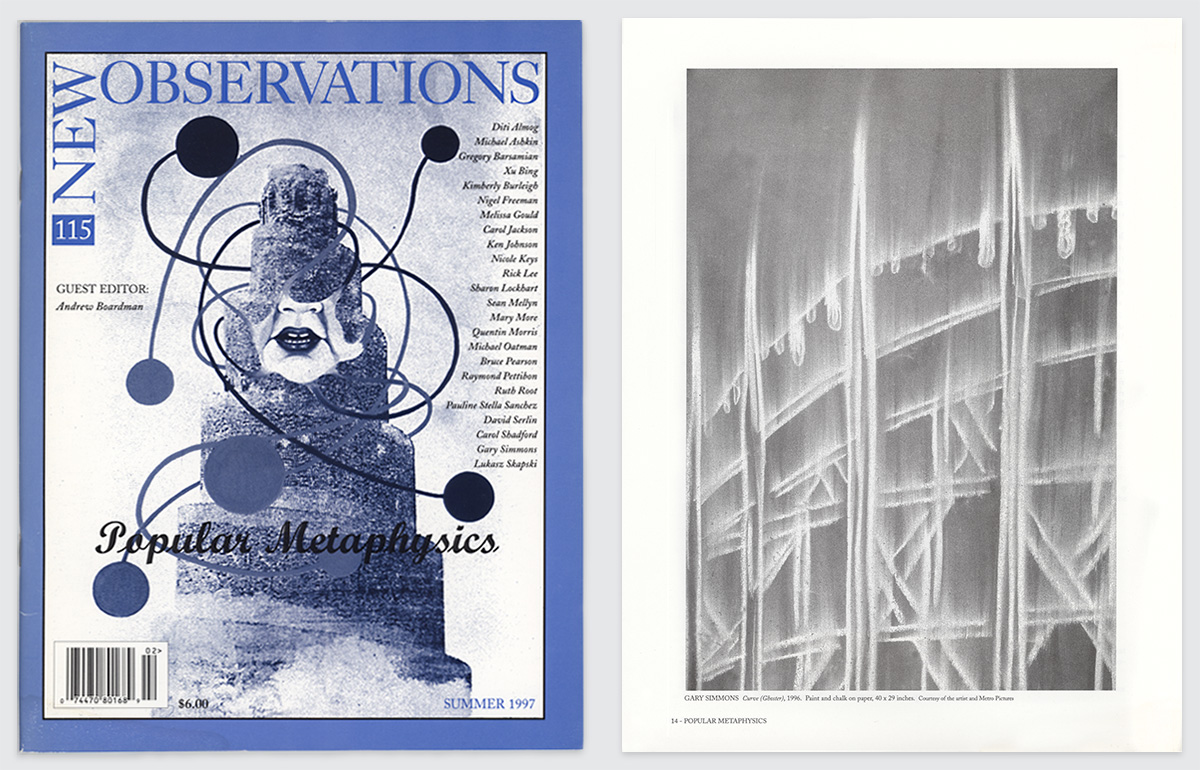 In 1997, when I was living in Brooklyn, I was asked to guest edit Volume 115 of the highly regarded New Observations magazine. The focus was on the rise of the then new Internet and its intersection and interaction with spirituality, pop psychology, mysticism and religiosity. It was a pleasure having a chance to interview one of my favorite artists, Raymond Pettibon, who designed the Black Flag logo as well as Sonic Youth covers and a million other things. Included in the issue were other artists and designers such as Ruth Root, Bruce Pearson, Michael Oatman, Nigel Freeman and Melissa Gould. 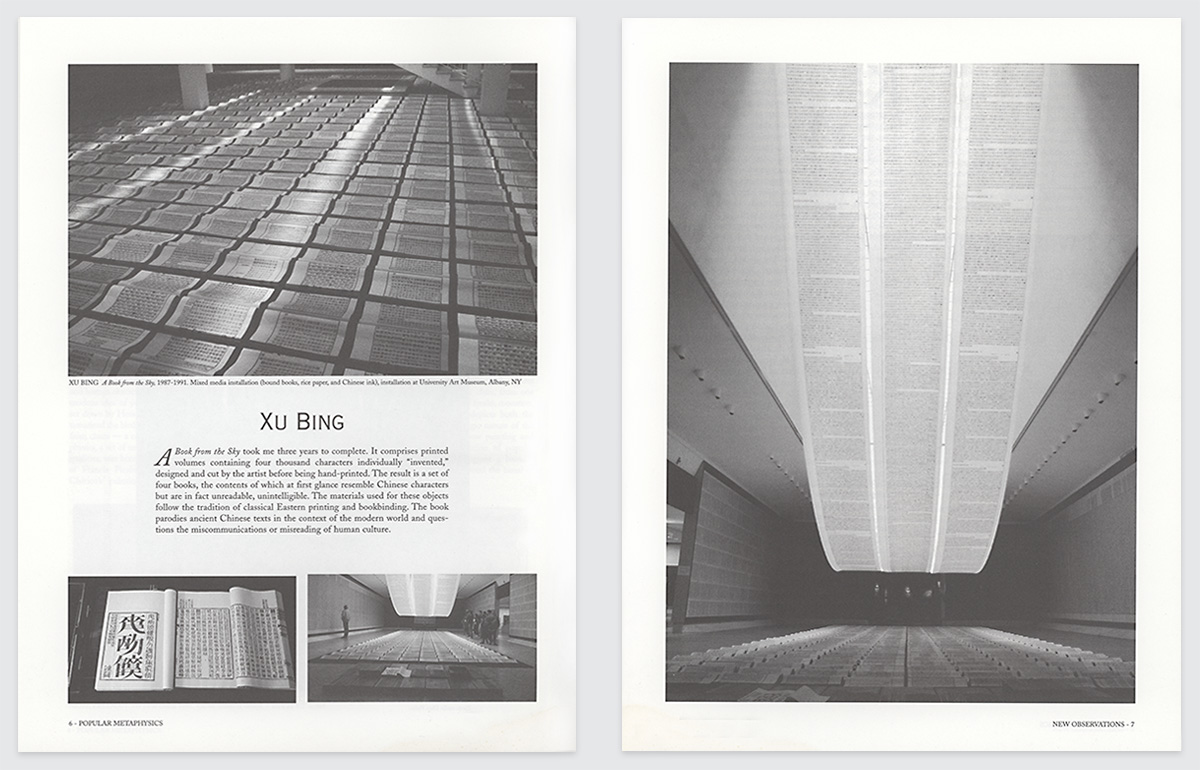 Xu Bing: A Book from the Sky 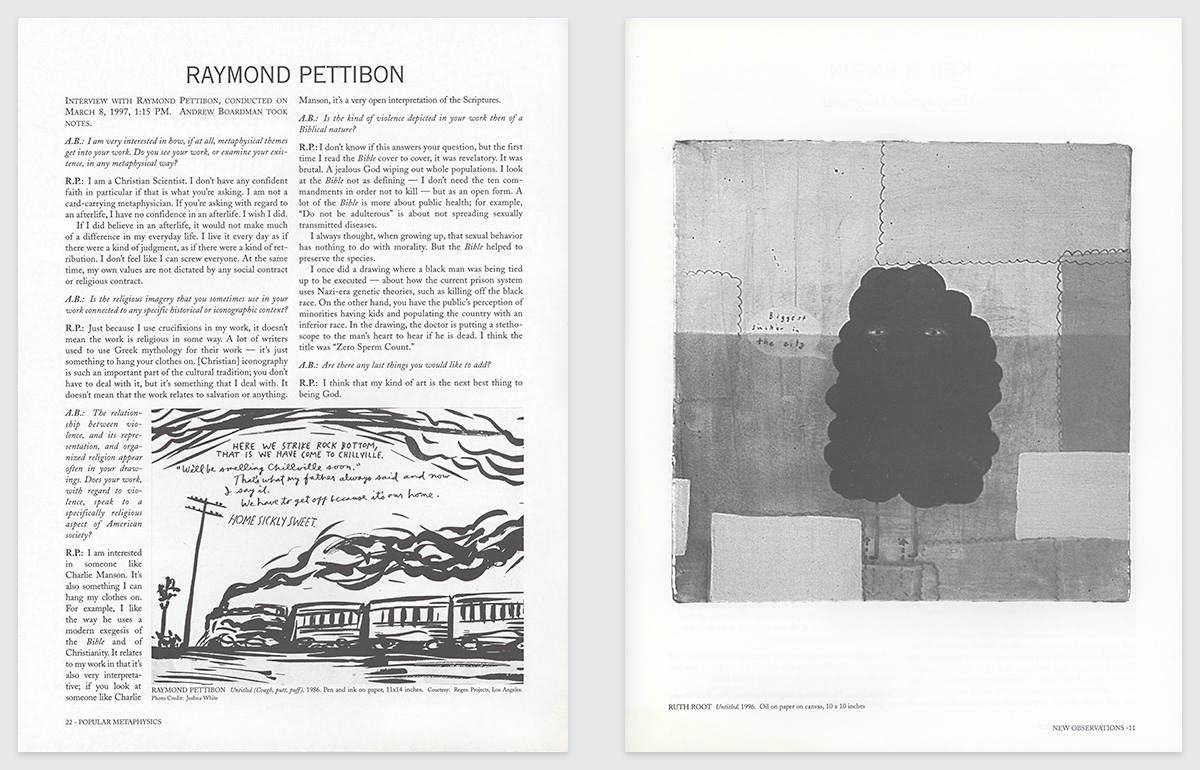 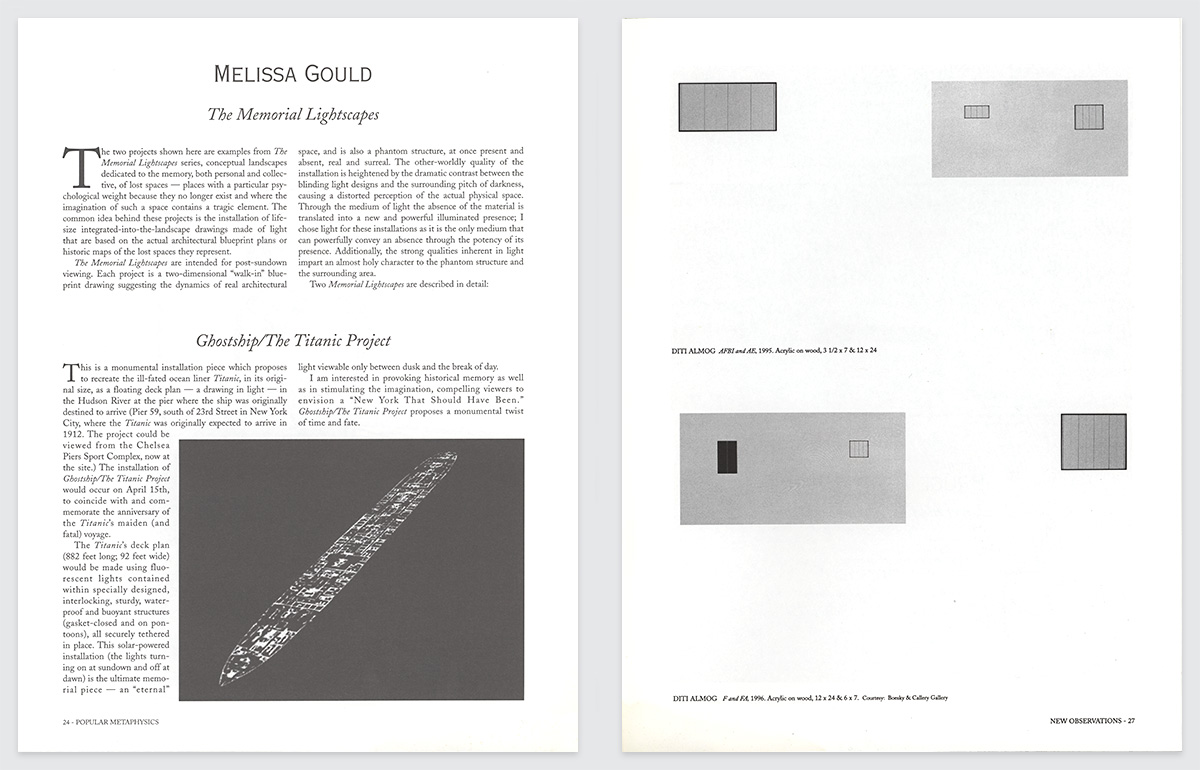 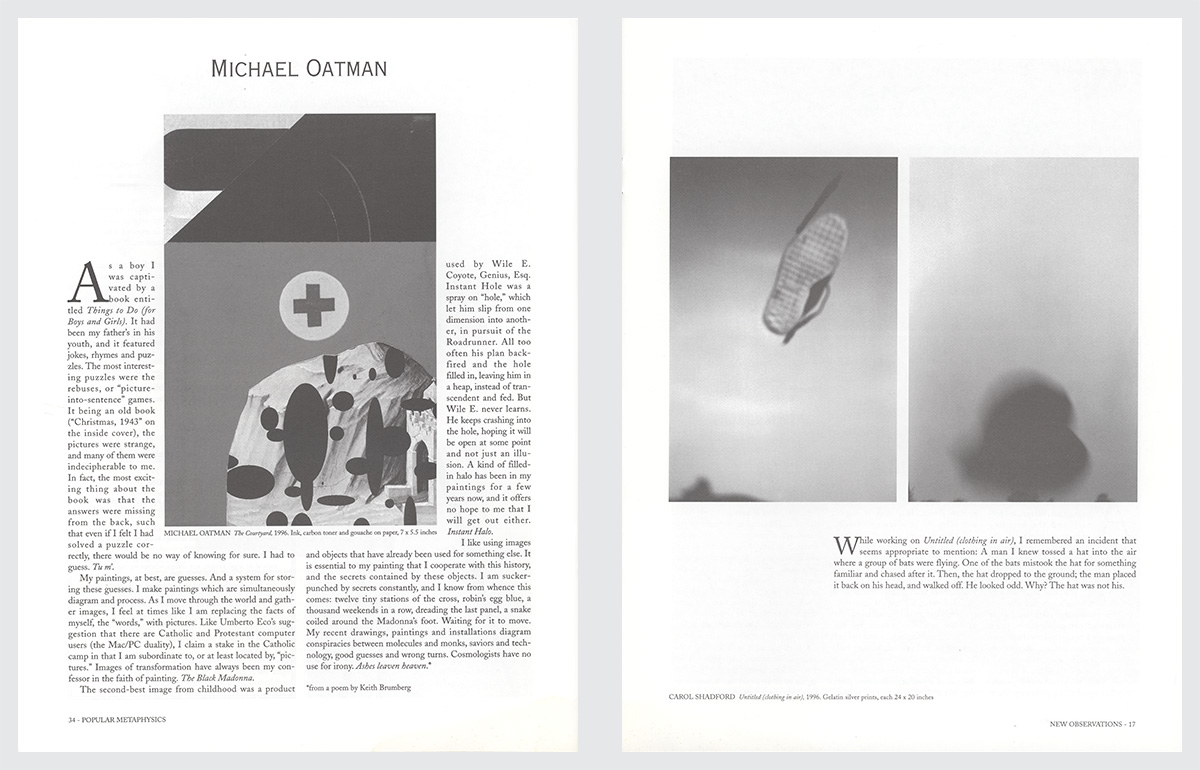 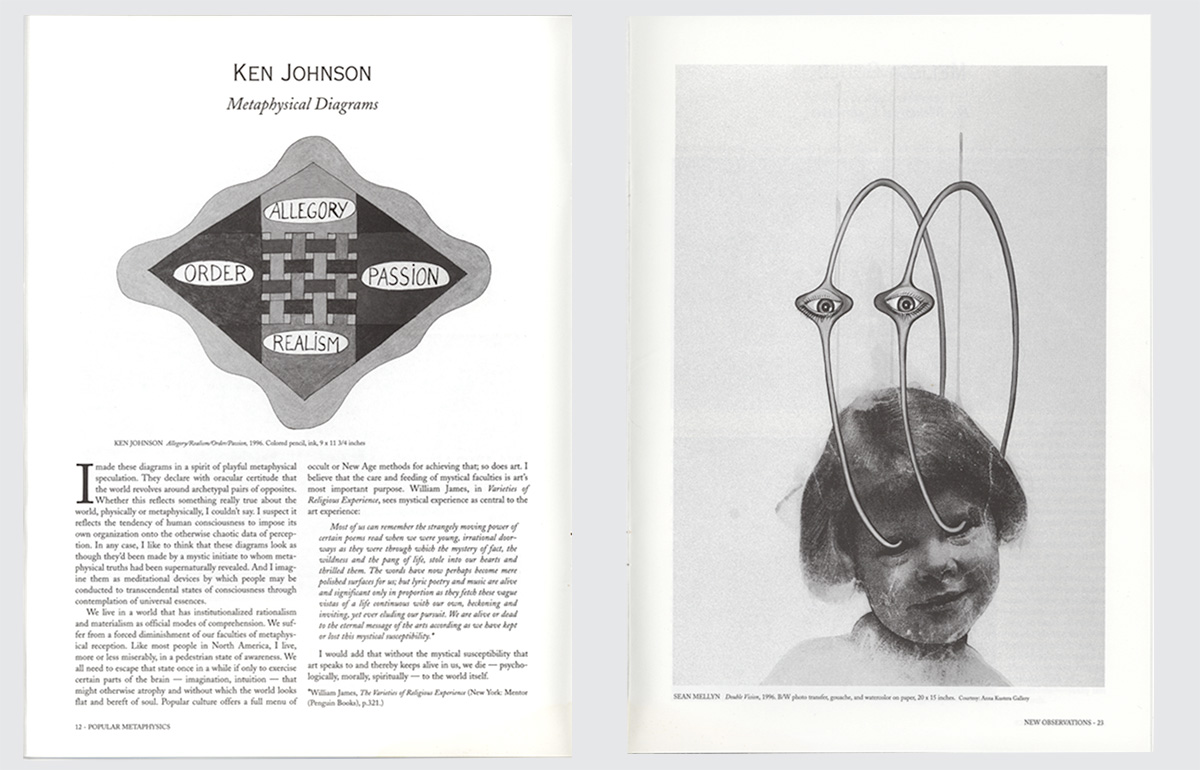 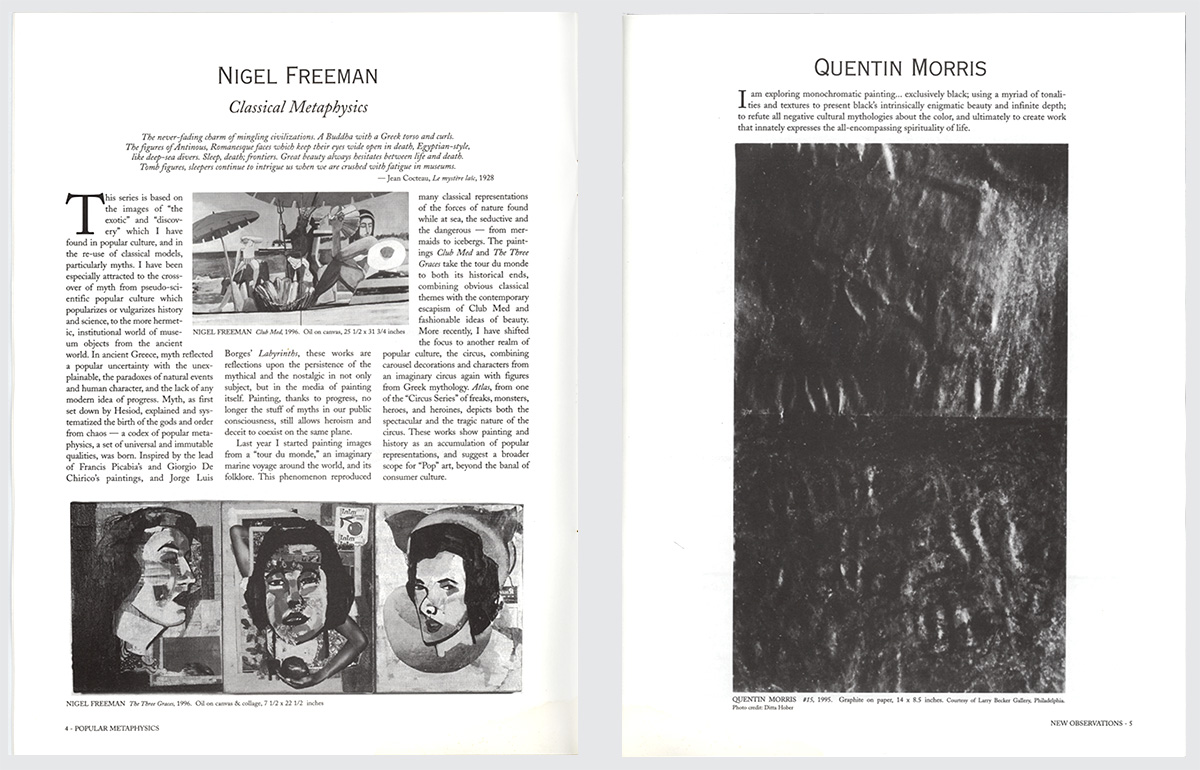