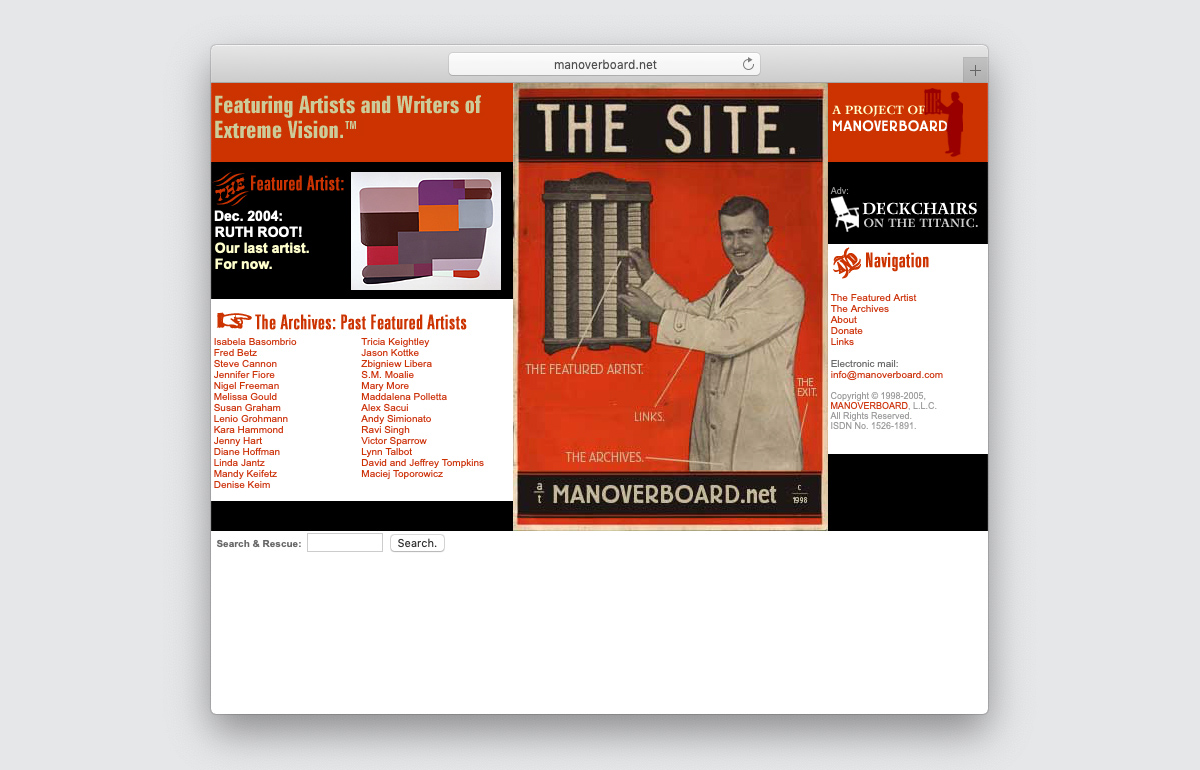 I designed my first website around 1996 but this was the first one that took hold. The Site at Manoverboard, which oddly still exists, was an online gallery to show artists and writers “of extreme vision.” I acted as designer, curator and publisher of The Site and sought out artists whose ideas, imagery or methodologies were fundamentally new and undiscovered at the time. (I also showed some of my own paintings, drawings and animated gifs.) Many of the artists shown were friends or they became friends. I even featured and had a chance to meet the great Jason Kottke. I miss those heady, pre-viral and pre-video days of the internet. There was a deep humility about showing and making art online. Perhaps there is still is. 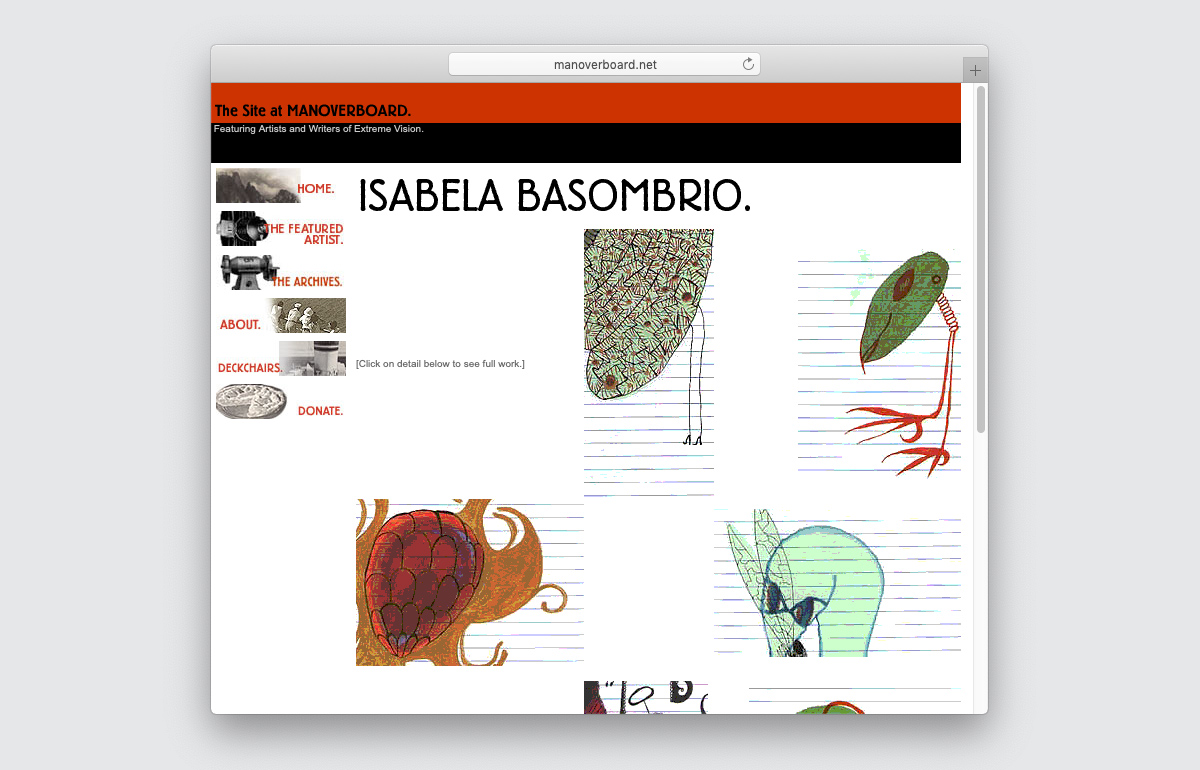 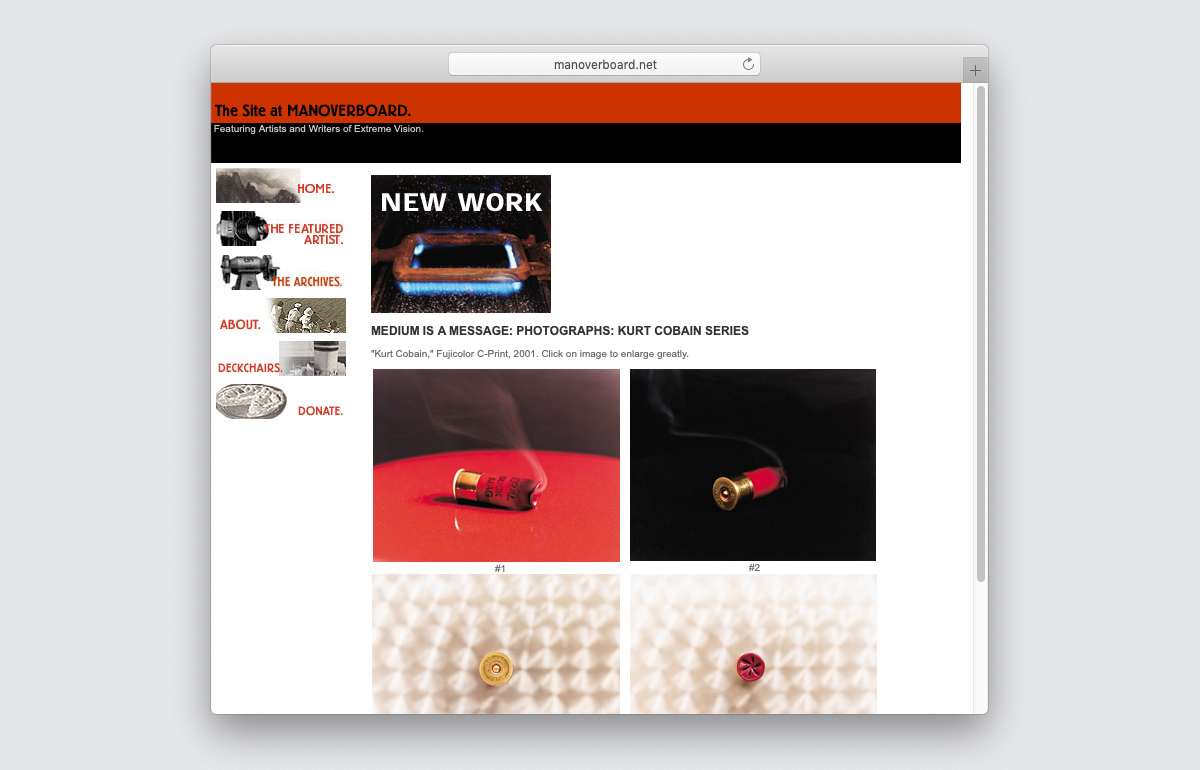 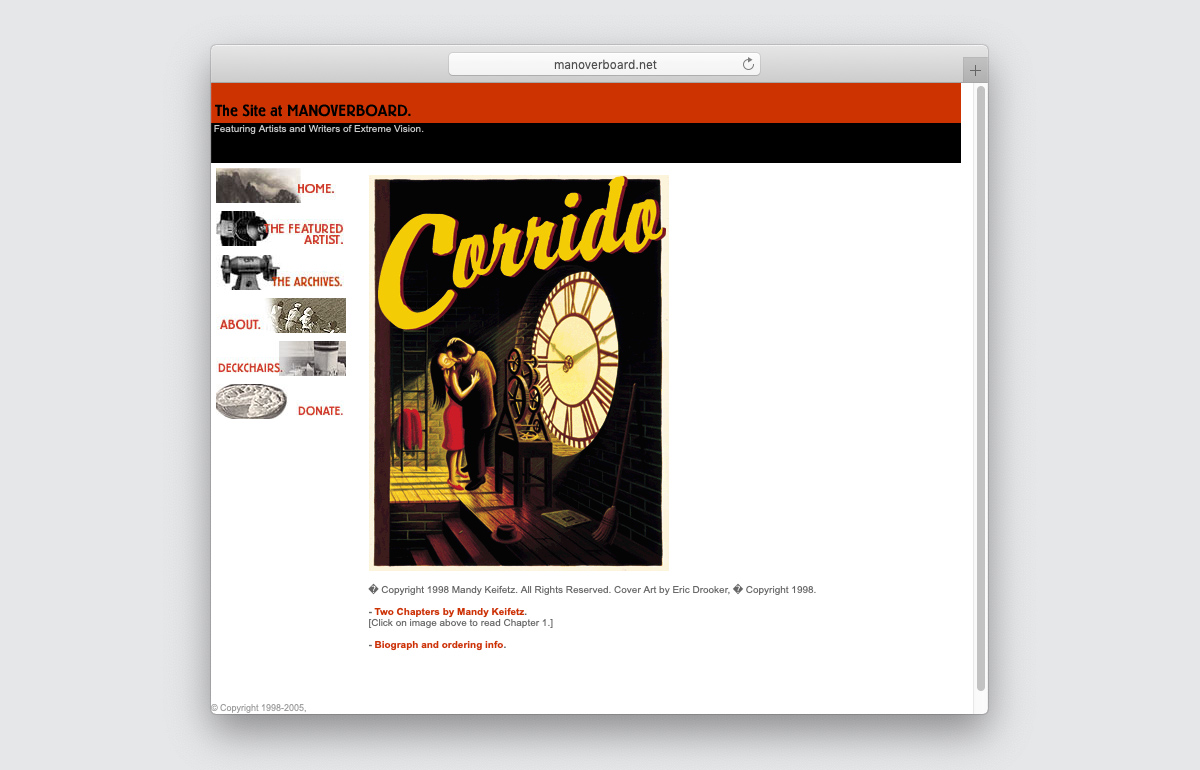 Book by Mandy Keifetz with a great cover by Eric Drooker 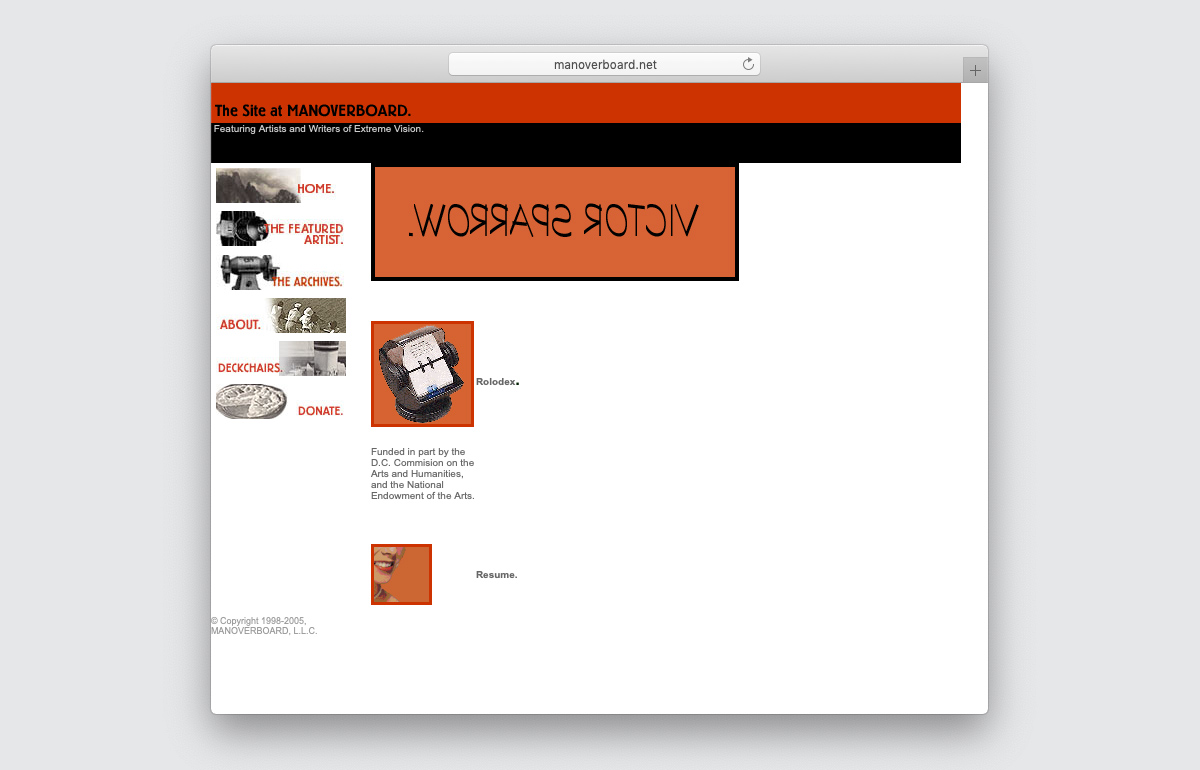 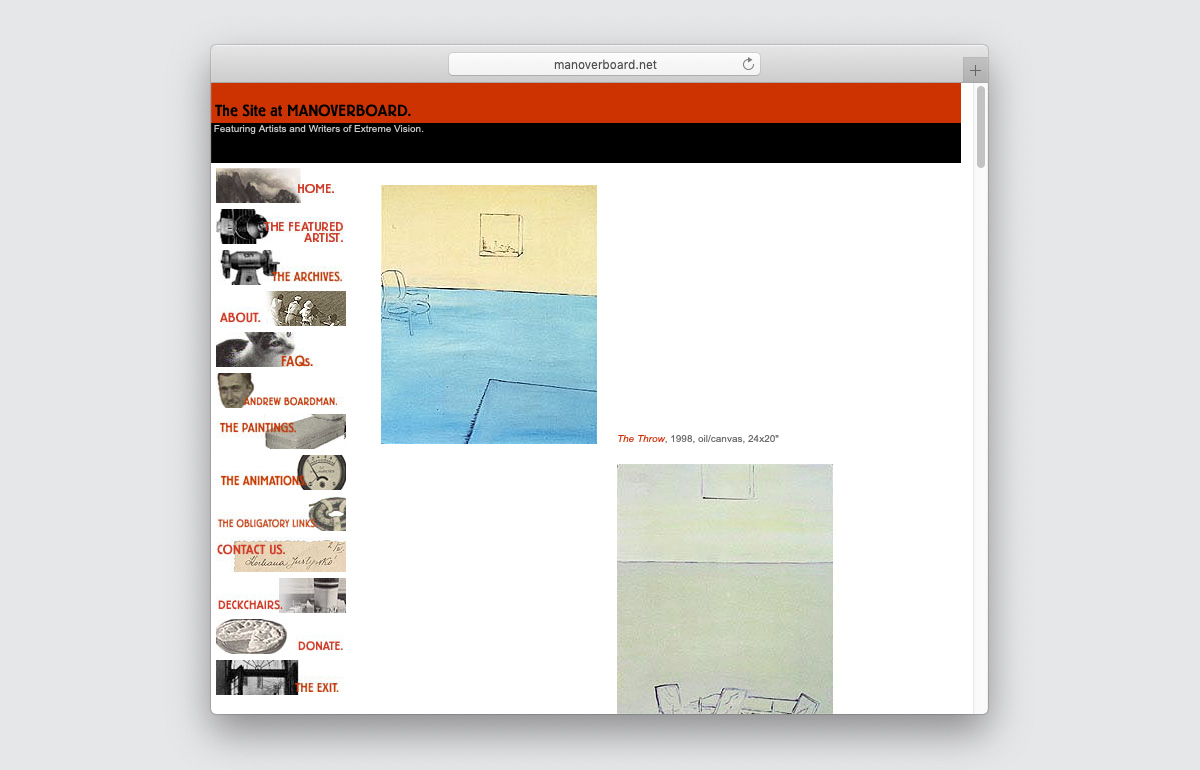 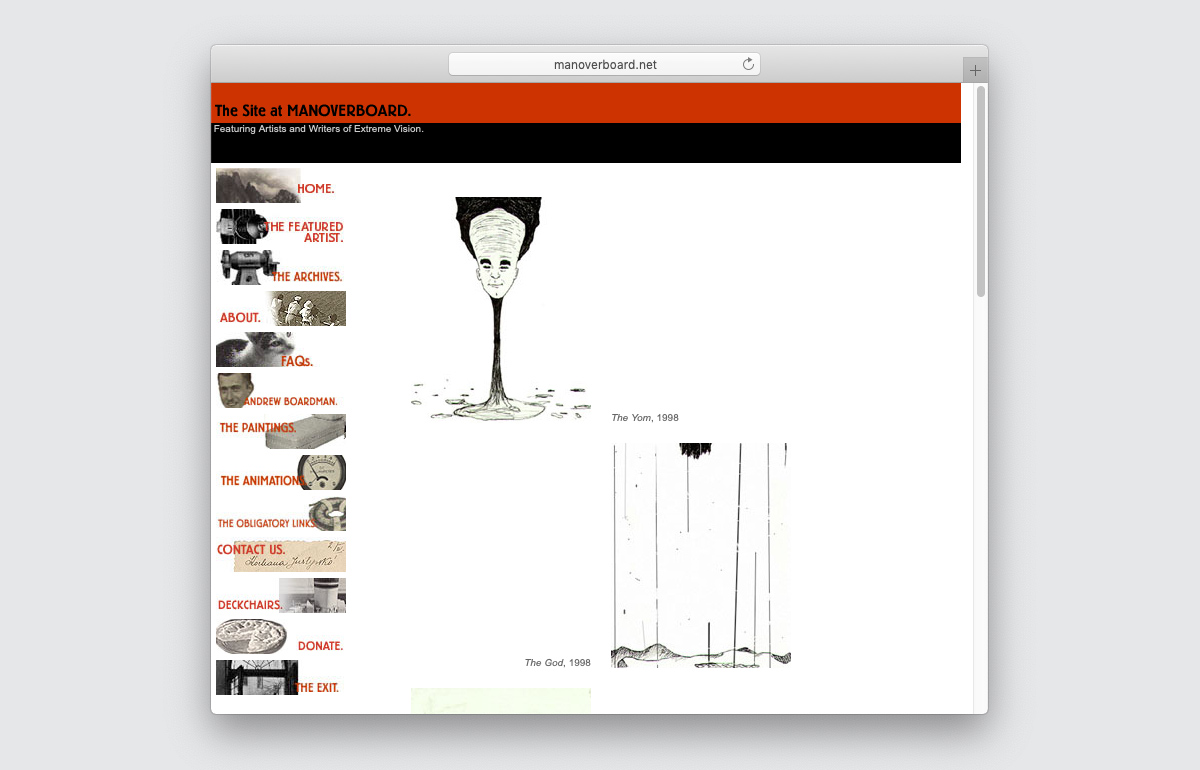 Animated gifs by me 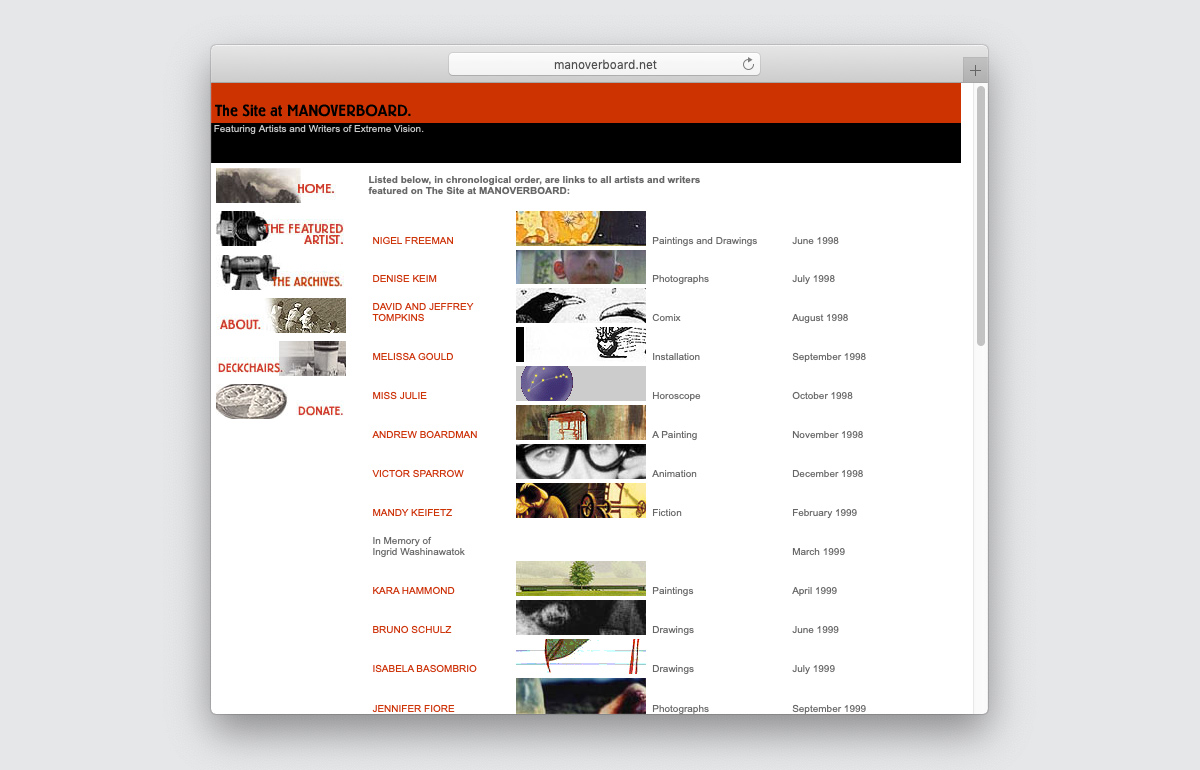 The Archives (with about 33 artists)